Schnipp-Schnapp – Bündchen ab!
Crop your Own – Shortening my Denim Jacket

Today it’s about another go at DIY your closet and  – tadaaaaaa – it’s not a hat, a mini-hat and neither fascinator nor headband. I customised a denim jacket. It was a bit too long for my petticoat dresses and skirts. At the GDS shoe fair in Düsseldorf I seriously admired Miss Ella’s cropped denim jacket. Which was bought that way. When I tried the H+M one on at home and realised it wasn’t short enough. So just before I set out to Paris, well before five in the morning I took out the scissors. And cut the waist(band) off. Voila – right length and we were good to go. Don’t hesitate to make things truly your own!

Loved Miss Ella’s Jacket a lot – and used it as an inspiration (you can actually buy a smaller version at H+M, gnahh)

Paris – Amour Fou
Allegedly Audrey Hepburn said „Paris is always a good idea“. Well at least for a visit it is. I have a love/ hate relationship with Paris ever since I live there for a good half year. I worked as an Au-Pair, that didn’t help. I never felt lonelier in my live in a place but I remember the other Au-Pairs and some ladies from the American Church very fondly. The latter were what can be called my age now, at least but they welcomed this atheist into their fold. However I love Paris for visits. Especially short ones. Though this one was the shortest ever.

Felt a bit like a leftover Chocolate or praline easter egg. It was windy and cold and everyone else wore winter clothes.

I went for a day to Paris was for Beth Ditto’s trunk show (or as she put it playing dress up). Here is my blog post to that remarkable and fun event. It was great to meet a few of the French bloggers like Gaelle from The Curvy and the Curly Closet.

Leaving the Hotel. Sigh – it wasn’t just exquitely expensive and wonderfully discreet but also most stylish. However I leaned a new word – Bibi is French for (French) beret.

I’m a Barbie Girl….
After checking at the Trocadero if the Eiffel tower was still there (it is by the way but there was an ugly construction fence on the terrace) I went to the Louvre. Or rather to the wonderful Barbie exhibition at the Musee des Arts Decoratif in one of the wings of the Louvre. Not exactly the exhibition I solely would have gone to Paris for but still rather fitting the cliche. More on that exhibition later, in another post.

The magnificent diorama – a 1950s world with a runway show! Think Dior and Chanel!

streetstyle – mostly vintage and wintery as it was a miserable day

Scenes from the South
For me a trip to Paris isn’t complete without a visit to the grand Le Train Bleu in the Gare de Lyon with their magnificent painted ceiling. Yes, a bit like in a church, but they have a bar – and their Cocktail and Tapas offer isn’t cheap but worth the price for the complete package.

Quite a contrast to the night bus home. Which I don’t care to repeat. The money spent on the train is well spent, I was a bit under the weather the next day. All about priorities – a five star day and the cheap seats back. Ach well, it was fun and I must go to Paris more often – the last time was already 8 years ago! 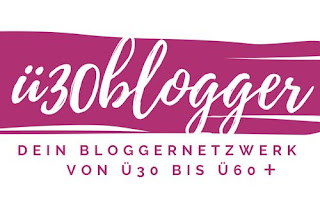 This website uses cookies to improve your experience while you navigate through the website. Out of these, the cookies that are categorized as necessary are stored on your browser as they are essential for the working of basic functionalities of the website. We also use third-party cookies that help us analyze and understand how you use this website. These cookies will be stored in your browser only with your consent. You also have the option to opt-out of these cookies. But opting out of some of these cookies may affect your browsing experience.
Necessary immer aktiv
Necessary cookies are absolutely essential for the website to function properly. This category only includes cookies that ensures basic functionalities and security features of the website. These cookies do not store any personal information.
Non-necessary
Any cookies that may not be particularly necessary for the website to function and is used specifically to collect user personal data via analytics, ads, other embedded contents are termed as non-necessary cookies. It is mandatory to procure user consent prior to running these cookies on your website.
SPEICHERN & AKZEPTIEREN
Lade Kommentare …